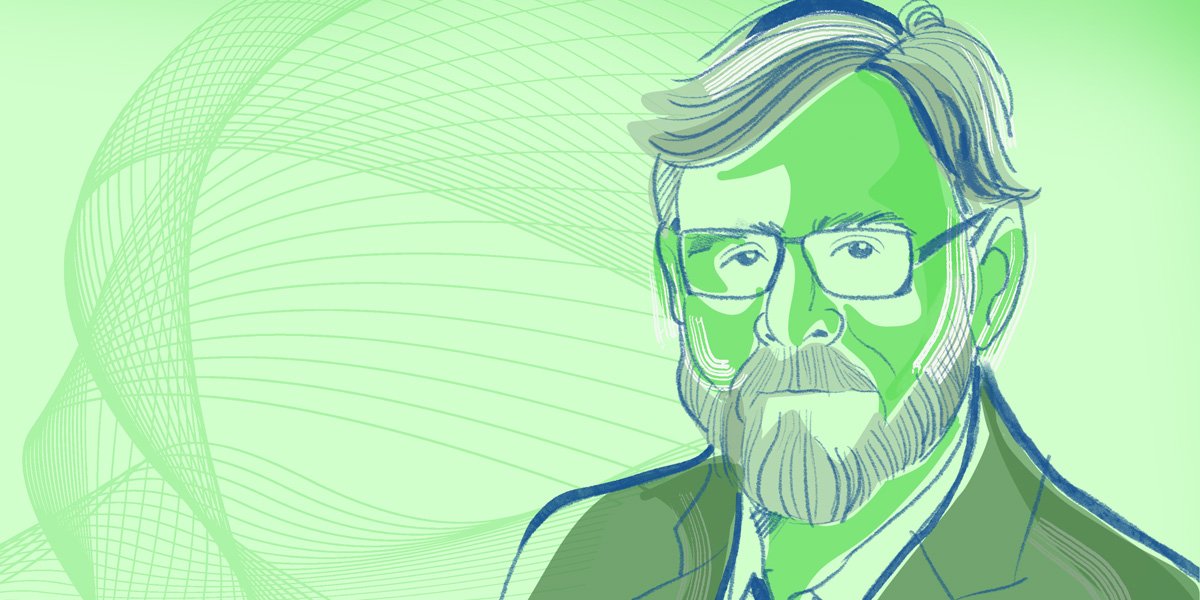 Fernando Pereira: A volunteer «for life»

In the morning of February 27, 1989, Fernando Pereira was at a meeting in Venezuela’s National Nutrition Institute (Instituto Nacional de Nutrición, INN), in Quinta Crespo, a downtown area of Caracas. He had been summoned along with other members of community organizations. The reason was the social programs projected by the newly inaugurated second term of Carlos Andrés Pérez as president.

However, when the representative from the Ministry of the Family (Ministerio de la Familia) was suddenly interrupted by another official, Fernando sensed that something serious was going on. «We recommend that you go home now. We have been informed that there is a situation in the streets of Caracas,» he warned everyone in attendance.

What seemed to be a routine meeting with representatives of the new presidential administration turned into a stampede of people wanting to exit the building, with no real knowledge of what was going on in the capital city.

There were police and civilians running everywhere: El Caracazo – the name by which the popular riots against neoliberal economic measures came to be known – had begun.

«That day, we entered a new reality for the country. It was a revealing scenario for me. The lack of citizen education that was evident at that time was something I had been working on. That was an outburst with a lot of violence. At the end of the day, I ended up asking myself: ‘What are we and what will we be in the future’,» says Fernando.

Although it caught him off guard, El Caracazo was the tip of an iceberg that Fernando already knew about. Up to that point, he had been working for over 17 years in popular communities at the center and the west of Caracas.

He had started in 1972, when he was just an eighth grader at Colegio San Francisco de Sales (St. Francis De Sales School) and one of the priests left him in charge of the list of elementary school students participating in an activity. «Being taken into account – being assigned some roles – made me feel important to the school. That’s what got me involved in social work. That might be the reason for all this.»

Fernando was the only child of Julia and Augusto, emigrated from Spain and Portugal respectively. Although they did not complete their formal education, they always made sure that their son grew up well educated.

When they arrived in the 1950s, Venezuela was rated high in the development index for Latin America; but that position started declining and, before the turn of the century, the country had plummeted into a social crisis. Fernando witnessed it to its fullest: As a child, he spent the afternoons playing marbles, street baseball, and perinolas between the neighborhoods of Sarría and La Candelaria, with other boys his age.

That contact with the contrasts in the rural and popular areas sensitized him. «What for my classmates was an experience and that was it, because they had other careers on their horizon, for me it became a motivation. I said: ‘I want to do this’. I didn’t want to be a volunteer for just one Saturday, but one for life.»

However, finding the profession that would lead him down the path of social work was haphazard. Without guidance and on his mother’s advice, he wound up in the Luis Razetti School of Medicine at the Central University of Venezuela (UCV). He did well as a freshman, as proven by his grades; but his spirit cried out for another kind of training.

That is why he changed his path. This time, encouraged by his previous mentors, he decided to study to become a priest. He entered the Salesian seminary in Los Teques, Miranda State (North Center) and completed his postulancy. Nevertheless, theology and philosophy seemed very abstract matters to him, far removed from firsthand touch with the community.

«They told me that what I wanted to do was different from what I would do there. Social work was something priests did after 20 years’ training and I wanted to go straight into the community. They were the ones who told me that my call was social rather than religious and spiritual.» Again, the path was not the right one; but I was close to getting there.

On his last day at the seminary, one of his former high school teachers, Bishop Emeritus José Ángel Divasson, told him and another young man who accompanied him, Óscar Misle Terrero, that Simón Rodríguez Experimental University (Universidad Nacional Experimental Simón Rodríguez), in Caricuao, a popular neighborhood in the southwest of Caracas, had a training and work project for educators in rural communities.

On college campus at the UD2 sector in the neighborhood of Caricuao, Fernando and Óscar were intimidated by the quality of their fellow students: They were vastly experienced individuals, seasoned educators from teacher-training senior high schools who, given the enactment of the Organic Law of Education of 1980 (Ley Orgánica de Educación de 1980), wanted access to higher education to keep on practicing as teachers with a college degree.

College professors did not lag behind either: They were experts – some trained in Sweden and Canada – in andragogy, that is, teaching techniques for adults. These were times of an educational revolution made by the people themselves, marked by Robinsonian philosophy: «It was a hub for innovation. There were many well-known people in education. There we realized that we wanted to be educators, with new methods, far from the elites,» he says.

However, they decided to enroll and, after hesitating because of their young age, the authorities decided to give them the opportunity to enter the college campus. There, they threw themselves fully into social work, at the same time as they held discussions on the raison d’être of education, on the situation of the country, on inequality, exclusion, and social gaps. A reality that just around the corner, in El Ciprés neighborhood at Las Adjuntas (southwest of Caracas). They began to engage with the people residing there, thanks also to the support of their Salesian friends. «There we were with the Center for Popular Education (Centro de Educación Popular), which trained adults according to Paulo Freyre’s psychosocial method to transform the conditions surrounding them.»

Those were activities performed without knowledge of the government and the press, at the time focused on the corruption cases of the Sierra Nevada scandal, towards the end of the first administration of Carlos Andres Perez, the rise of Luis Herrera Campins to the presidency and, later, the start of the international reserves and devaluation crisis known as the Black Friday (el Viernes Negro), on February 18, 1983, which widened social gaps and inequity.

Those winds foreshadowed a storm. That is why that scenario of social decline evident during El Caracazo, in 1989, was so revealing for him. That night, after walking across downtown Caracas in the midst of chaos, reflecting on the new dimension of the country, he realized that it was not all by chance. That violent outburst brought to light the inequality and lack of education among some groups, beyond official stances and academic analyses.

The truth was that the future of Venezuela rested upon the new generations, aware of their rights. He had understood this early on, in 1984. With the support of college professors and fellow Salesians, influenced by the Grassroots Church Communities (Comunidades Eclesiales de Base), he and Óscar created the Community Learning Centers (Centros Comunitarios de Aprendizaje, Cecodap), an organization with the purpose of building better environments for children and teens.

They were the ones who ultimately took the reins of the country. «We started from scratch, just with the drive and the desire to do something that would give them an education inspiring them to improve their environment. There were between 16 and 18 centers in total.»

Although its activities were initially focused only on El Ciprés neighborhood, with some outreach at other locations, in 1989 – with El Caracazo and in light the Convention on the Rights of the Child signed on November 20 that year at the United Nations as precedent, Cecodap set itself a more ambitious goal: The promotion and defense of children and teens’ human rights throughout the country.

«El Caracazo made us reflect on what was not being done and the Convention addressed something that we were already doing in the neighborhood, supporting the community with education, legal paperwork and, sometimes, even with food. These are enforceable rights, inherent to human beings,» said Fernando Pereira.

Until then, their relationship with the government had been at a local level. In 1990, Venezuela ratified the above Convention thereby making it law of the land, which meant a new start for Cecodap, with a broader vision alongside the government, non-governmental organizations, and UNICEF.

Its stellar role came in 1995: The COPEI party (center-right) introduced a draft reform of the Child Protection Act (Ley Tutelar del Menor), proposing a hard stance on adolescents, who were criminalized for violence. This triggered the emergence of a social movement, led by Cecodap, with Fernando at its head, bringing about the enactment of the Organic Law for the Protection of Children and Adolescents (Ley Orgánica para la Protección de Niños, Niñas y Adolescentes, LOPNNA) in late 1998.

This relationship with the government was marked by coincidences and conflicts. The arrival of Hugo Chávez to the presidency complicated matters. «In January 1999, [First Lady] Marisabel Rodríguez de Chávez called us, seeking to talk to the children who had participated in an activity we held with the support of UNICEF. We went to Fort Tiuna [a military base in Caracas], where President Elect [Chávez] was in office. The President’s wife received us and was on the defensive, she thought we wanted to make his life miserable». However, she was convinced by the kids and in 2000 the law came into force.

Cecodap took it upon itself to provide training for and advice on the new legislation throughout the country, but there were more tensions than agreements with the new government. The release of a report in 2005 on the increase of violence in Venezuela caused some statements from the Supreme Court of Justice (Tribunal Supremo de Justicia, TSJ), which led to breaking relations with the government.

«From then on, there are no formal contacts, we have concurred at some meetings with UNICEF and that’s it. But we never got official stats; and the LOPNNA of 2007, as amended, struck out the participation of civil society that was provided for in the original one». It was not the only one. In 2015, another reform was enacted, this time containing criminal provisions with a clear political agenda, as it sought to curb the youth protests against Nicolás Maduro, unleashed in the first quarter of 2014.

Faced with this scenario, it would seem as if the outburst of 1989 had not ended.